From modest beginnings, with no budget and only a few core organizers, Vintage Stock Theatre has developed into a dynamic organization that is becoming recognized throughout the metropolitan Ottawa area for its unique theatre productions.

Founded in 1995 as Friends of Cumberland Museum (FOCM), the organization largely set its sights on raising money for the municipally-owned Cumberland Heritage Village Museum, a living history site. The goal at that time was to support the museum’s small staff with programming and with various events.

In 1997, the museum was privatized by Cumberland Council, a decision that FOCM fundamentally opposed.

In 1999, the membership agreed to a name change that would be more in keeping with the new aims of the organization, to promote heritage conservation and preservation through theatre.

It was decided then that one goal would be the establishment of a permanent heritage theatre for the City of Ottawa.

Since 1995, Vintage Stock has mounted a number of original, fact-based productions celebrating the unique contributions of our ancestors.

In addition to staged productions, VST has produced a number of murder mysteries for private clients. These dinner theatre evenings are unique in that they combine improvisation, script and music to produce a full evening’s entertainment. Some clients have included the Sgt./P.O. and W.O’s Mess in Ottawa, Leitrim All Ranks Mess and Hearst Marina. All VST murder mysteries can be tailored to meet the individual needs of the client. 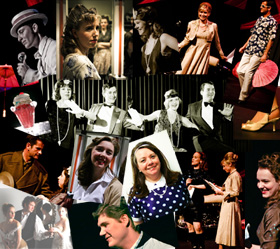 Vintage Stock Theatre greatly appreciates the City of Ottawa’s financial support for many of its activities.